Are You Dreaming the Impossible Dream 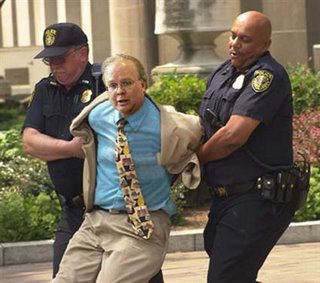 All you lefties out there would love to see this come to fruition. Jason Leopold said it would happen last week (and then nuanced to say it would be at some point later than his surefire sources informed him). Another 'journalist,' Wayne Madsen, says it will be tomorrow.

The suspense is killing me. All you folks who know that this is going to happen, can you let me know. Because I care.

The Parallax View thinks that Fitzmas may come in May, but the indictment du jour will be Richard Armitage, not Rove. Tom Maguire has a more detailed posting to that effect. If there's going to be an indictment, that may be the target.
Posted by lawhawk at 5/18/2006 09:44:00 PM