It was a trip that was over far too soon. There's so much to see across Southern Utah that there's no way to see everything you want in one shot.

So, after having taken in Bryce and Zion and Capitol Reef on a prior trip, we decided to hit Arches and Canyonlands on this on. Add to that a day trip to Mesa Verde and a stopover in Capitol Reef since it was essentially on the way back to Salt Lake City, and we had three major national parks on the itinerary, plus the well renowned Dead Horse Point State Park.

1,600+ miles driving later, and nearly an equivalent number of photos taken, here are just a sample of the shots.

The scenery in Arches is something straight out of a Dr. Seuss book, or a Dali painting. It is absolutely surreal, and there's no way to understand it unless you're out there and see these formations in person. Delicate Arch was a favorite, in part of the hike to get there, but Landscape Arch was perhaps more impressive since it was even more delicate - it is 200+ feet long, but six feet wide at its narrowest point. It wouldn't take much for that arch to collapse.

Mesa Verde provided a glimpse back in time, and left us with more questions than answers - namely what happened to the people who came to the region, built these structures in the caves, and left just as quickly as they came. Why did they leave? Where did they go? No one really knows.

Canyonlands, at least in the Islands in the Sky district, was most similar to a perch atop the rim of the Grand Canyon. Similar vistas, but with perhaps an even clearer sky - meaning more visibility. It was quite impressive, as was the neighboring Dead Horse Point State Park.

Capitol Reef is one of the lesser known national parks, but it's known for its solace, and dark skies. Of course, on this trip, it was overcast, so no night shots this time. 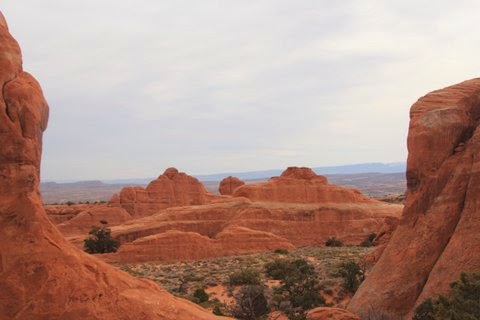 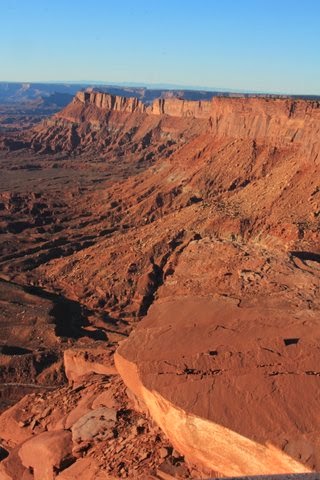