Walkway Over the Hudson

The Walkway Over the Hudson is an adaptive reuse of a disused railroad trestle linking Poughkeepsie and Highland. It was originally built in 1888 as a rail link across the Hudson River - the only one between New York City and Albany, which more than 100 miles upstream. After a fire in 1974, the trestle was closed to rail traffic. It sat as a hulking ruin linking both sides of the river just upstream from the FDR Mid Hudson Bridge. It was decided to turn the railroad crossing into a tourist destination and park, along the lines of the High Line in Manhattan.

Walkway Over the Hudson State Historic Park is a linear walkway spanning the Hudson River. At 212 feet tall and 1.28 miles long, it is the longest, elevated pedestrian bridge in the world. 400,000 visitors come to the bridge annually since it opened in 2009.

These shots don't even begin to capture the grandeur of the surrounding landscape, which was ablaze in fall color and that have been captured successfully by the Hudson River school of artists whose work is world-renowned. 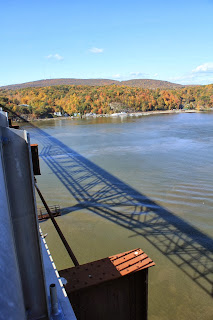 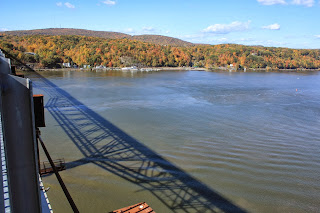 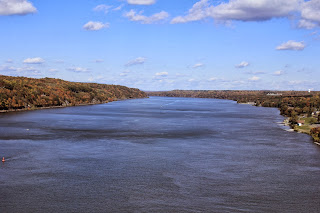 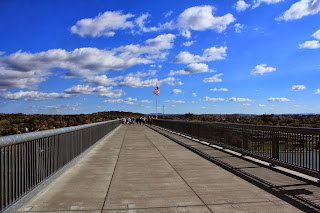 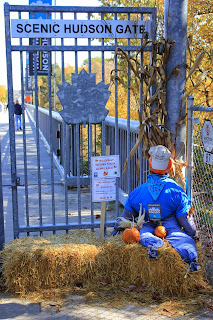 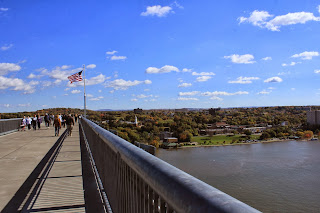 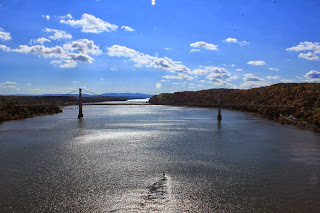 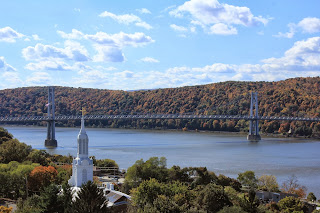