Paper Claims Russian Spymaster Was Double Agent For US

The New York Daily News is reporting that the ringleader of the Russian spy ring that included Anna Chapman was actually a double agent for the US and that the Russian spy agency is trying to hunt the guy down.


According to the newspaper Kommersant, a Russian spook named Colonel Shcherbakov double crossed Moscow's Foreign Intelligence Service, the espionage agency known as SVR, by reporting to the U.S. while also serving a the ringleader of a band Russian secret agents.

The betrayal is a major blow to Russian intelligence, and now the Kremlin is calling for the traitor's head.

"We know who he is and where he is," a Kremlin official told Kommersant.

"Do not doubt that a Mercader has been sent after him already," the official told the paper, referring to Russian agent Ramon Mercader, who murdered exiled Bolshevik Leon Trotsky with an ice axe in 1940 in Mexico.

The newspaper reported that Shcherbakov had been spirited out of Moscow to the United States just days before the FBI announced its spy ring sting in late June.

The SVR missed some crucial red flags that should have tipped them to Shcherbakov's identity, the newspaper reported, including the fact that he had a daughter living in the U.S. and a son who abruptly quit a job for Russia's anti-narcotics agency just days before the scandal broke.

It's believed that the daughter further assisted in the spy efforts.

Of course, this gives another opportunity to bring out the Anna Chapman photos: 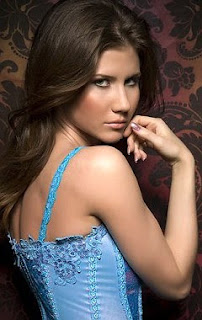 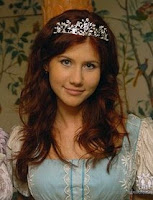 Chapman and the other Russian spies were honored as heroes upon their return to Russia, and Chapman managed to land a deal with Maxim for a sexy photo shoot.